A percentage of our profits is donated to the Tapriza School, with whom Destination Dolpo have close relations. 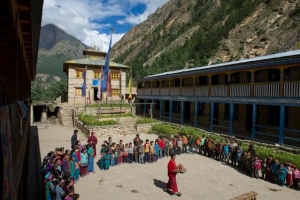 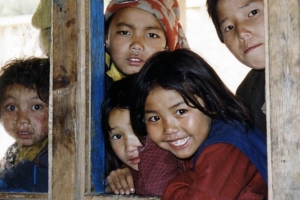 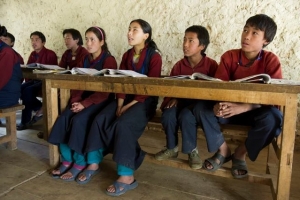 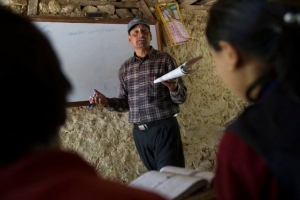 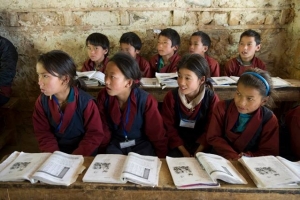 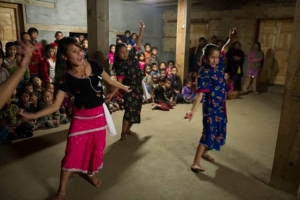 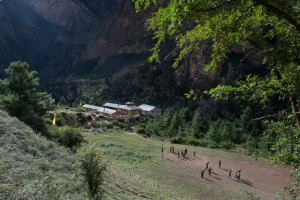 Since 1998 the Tapriza NGO (CH) and Friends of Dolpa (USA) support the establishment and maintenance of the Tapriza School in Dolpo. The school offers a Tibetan speaking minority of Nepal the possibility to integrate their language, history and culture into the school lessons. Therefore, besides the national school curriculum their local tradition is passed on to the coming generation. An important aspect of the latter is the Bon religion practiced there today. Consequently, the school is named after the early Bön master Tapriza (bb. Ta-pi-hri-tsa).

Prior to the foundation of the Tapriza School no functioning primary school existed in the region. The nearest school was in the district head quarter Dunai at a distance of three days by foot. Barely any families could afford the costs of the school life there. Thus, most children did not receive a school education, a few parents sent their children – mainly sons – to the Bön monasteries Triten Norbutse in Kathmandu or Menri in India where they were accommodated free of charge and educated without loss of their own culture. Formal education however fell by the wayside.

Discontented with this situation, the people of the region Phoksumdo joined hands with the cultural anthropologist Marietta Kind and Conservation Education Specialist Catherine Inman to advocate for their own school, in which in addition to the state school curriculum Tibetan language, local history and culture were to be taken into consideration. The parents wanted to preserve their traditions and pass them on to the younger generation and at the same time give their children the opportunity of a modern education so that they have better prospects for their future. This idea was the point of departure for the foundation of the Tapriza School with the goal to offer local education combining tradition and modernity.